An account in an English bank is prestigious and profitable!England is one of those countries where everything is based on standards. This is not an offshore paradise, but with skillful use of the laws, you can reduce the significant…

PASSIVE OPERATIONS OF THE BANKPassive operations are operations for the accumulation of funds. As a result of these operations, funds from businesses and individuals, government funds, and shareholders' funds, which are used to conduct…

Open a bank account in GermanyA bank account abroad is one of the most attractive and thoughtful products for diversifying currency risks and protecting its assets. In fact, to ensure that your money does not…

PASSIVE OPERATIONS OF THE BANK 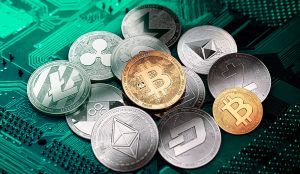 Passive operations are operations for the accumulation of funds. As a result of these operations, funds from businesses and individuals, government funds, and shareholders’ funds, which are used to conduct active operations, are attracted to the bank.
As a result of passive operations, banking resources are formed, which are reflected in the bank’s liabilities side. Sources of formation of banking resources are own, borrowed and borrowed funds.
There are four main types of passive operations of commercial banks:
a) primary issue of securities;
b) deductions from bank profits to form or increase funds;
c) loans and loans received from other legal entities;
d) deposit operations.
All operations of banks are also divided into 1) deposit (d) and 2) non-deposit operations (a, b, c).
With the help of the first two forms of passive operations (a, b), the first large group of resources is created – own resources. The following two types (c, d) of passive operations create the second large group of resources – borrowed, i.e. attracted resources.
The value of the bank’s own resources, above all, is to maintain its sustainability. At the initial stage of the bank’s creation, it’s own funds that cover the prime expenses (land, buildings, equipment, salary), without which the bank cannot start its activities. Due to their own resources, banks create the reserves they need. Finally, own resources are the main source of investments in long-term assets.
The attracted funds of banks cover a significant part of the need for monetary resources for the implementation of active operations, especially credit. Their role is extremely high. Mobilizing temporarily free funds of legal entities and individuals in the credit resources market, commercial banks with their help satisfy the need of economic agents for additional working capital, contribute to the conversion of money into capital, meet the needs of the population in consumer credit.
Deposit refers to the operations of banks to raise funds of legal entities and individuals in deposits (deposits) for a certain period or demand. The share of deposit operations usually accounts for the bulk of bank liabilities.
As noted earlier, nondepositive sources for attracting resources include: receiving loans on the interbank market, agreements on the sale of securities with repurchase, accounting for bills of exchange and obtaining loans from the Central Bank of the Russian Federation, receiving foreign loans, selling bank acceptances, issuing sources: issuing bills of exchange, bond issue, etc.
To the own funds of banks include:
– authorized capital;
– reserve fund;
– other funds formed at the expense of bank profits;
– insurance reserves;
– not distributed profits of previous years;
– not distributed profit of the current year;
– provisions to cover credit risks;
– reserves for risks from operations with securities.
The authorized capital (capital) of the bank is the starting point in the organization of banking. It creates the economic basis of existence and is a prerequisite for the formation of a bank as a legal entity. Its value is governed by the legislative acts of central banks and, moreover, is subject to the agreement of the EEC, which regulates its minimum value in the amount of 5 million euros.
The authorized capital is formed at the expense of the contributions of the participants – legal entities and individuals and serves as a security for their obligations.
Contingency funds are created to eliminate possible losses arising in the activities of the bank, and ensure the stability of its operation. The values ​​of reserve funds are established by law as a percentage of the actually established share capital.
The bank also creates funds for the production and social development of the bank itself at the expense of profit.
The authorized capital is formed in the amount of the nominal value of shares distributed either by open subscription to them (in a bank organization as a joint stock company), or in order to distribute all shares among founders in accordance with the size of a share in the authorized fund (closed joint stock companies).
The authorized fund can be created only at the expense of the own funds of the participants of the bank. The formation of the authorized capital at the expense of bank loans is not allowed. Borrowed funds may not be used also for contributions to the authorized capital.
To increase the authorized capital, commercial banks created as joint-stock companies may issue an additional number of shares and distribute them between legal entities and citizens. In commercial banks with the participation of foreign capital, the statutory fund may be partially formed in currency.
In proportion to the contribution to the authorized capital, each of its shareholders each year receives a portion of bank profits in the form of dividends. 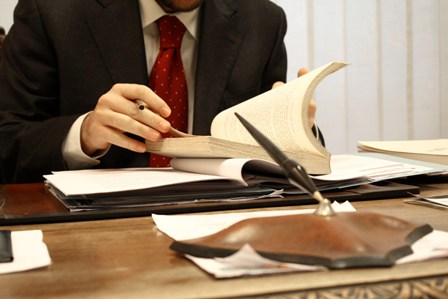 The reaction of the German banks mentioned in the “Panama scandal”The day after the announcement of the "secret" documents of the Panamanian law firm Mossack Fonseca in the German newspaper "Munich" a statement by the German government appeared. This statement…