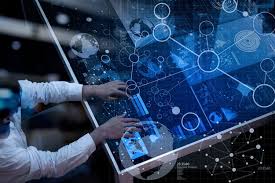 Good reason to open a foreign bank accountThe litigation that is currently unfolding between the Federal Tax Service and Sberbank may be a significant precedent that will affect the entire banking sector in Russia. The FTS accuses…

Money currently exists in the form of cash and non-cash money.
Cash exists in the form of coins, banknotes (credit money, bank notes) and treasury notes.
Sometimes cash also includes checks and plastic cards. However, checks and plastic cards only represent non-cash money in bank accounts. By themselves, they cannot perform all the functions of money and therefore are not cash.
Treasury notes are a type of money issued by states (mainly issued by treasuries in the past, hence their name) to cover their expenses (to cover the budget deficit). They did not have gold or commodity security and applied at the rate compulsory by the state. Currently, treasury notes have retained their appeal only in the United States and Belgium.
Treasury notes or “notes” appeared in Europe and North America in the middle of the 18th century. In Russia – in 1769 under Catherine II and existed until 1843. In the USSR, treasury notes were issued until 1925.
Banknotes (bank notes, credit money) are paper money currently issued by the central banks of the countries of the world.
Banknotes appeared in the XVII century. Initially, banknotes were issued almost all commercial banks in the form of promissory notes (IOUs). For example, in the UK, the first bankers were jewelers. They found that they can earn income by accepting gold and silver for storage, and in return issuing bills of exchange. Bankers and, accordingly, their bills enjoyed the confidence of citizens, since debt receipts could at any time be exchanged for gold and silver coins. Therefore, the bills began to turn over time on their own (transferred from one owner to another), representing precious metals. Gold and silver coins, with a few exceptions, were kept for a long time by the bankers. And the bankers began to give them loans at interest. For the convenience and expansion of the circulation of their bills, bankers began to issue them in a convenient nomination. So there were banknotes.
With the approval of banknotes as reliable representatives of precious metals, i.e. money, banks began to issue loans with their own banknotes (hence the name – loan money).
Over time, in all countries, the right to issue banknotes in circulation in order to further increase their reliability passed in law exclusively to central banks. After that, the banknotes acquired the function of national and world money.
Currently, a banknote is a permanent commitment of the central bank, i.e. of the state. Thus, banknotes have a state guarantee, primarily in the form of all the assets of the Central Bank, including the country’s gold and foreign exchange reserves. In addition, the foundation of this guarantee is the country’s GDP (its volume and quality). Currently, the banknotes are not exchanged for gold, they are secured by the assets of the Central Bank, including gold and foreign currency reserves, as well as indirectly GDP. Paper money not backed by gold reserves is called fiduciary money. And the monetary system is fiduciary. Currently, these include all banknotes.
The number of banknotes issued is tied to the needs of the economy and the achievements of modern economics.
Cashless funds are funds on accounts in banks (records on accounts), used for cashless payments, as well as accounts for the settlement of checks and plastic cards.
A check is a means of receiving cash from a current account in a bank, a medium of circulation and payment for goods, repayment of debt, a means of non-cash payments.
A plastic card is a personal document (including an electronic one), which certifies the identity of the bank account holder and gives him the right to purchase goods and services in retail trade without paying in cash, to receive cash in banks and ATMs.
Checking accounts in banks are money, because at any time they can be converted into cash.
In addition, in the literature there is the concept of “almost money” or “quasi-money.” These include assets that can be quickly converted into money and put into circulation. These are savings accounts, time deposits, deposit and savings certificates, short-term government securities. The concept of “almost money” is blurred and not precisely defined. They sometimes include promissory notes of reliable banks, in particular, Sberbank and Vneshtogbank.
In the Russian literature the concept of surrogate money is also used. These include unreliable promissory notes of firms, corporate securities, receivables to banks, etc.
Money is valuable money only if it performs all the functions of money.
The reliability and usefulness of money is determined at present, mainly by the level of economic development of a country or a group of countries (euros) that issue this money.
Non-cash money and non-cash payments are crowding out cash and cash payments in all developed countries. In the US, cash is all wages.